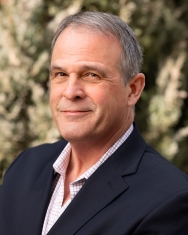 (THE DALLES, Ore.- March 2, 2022) – The Mid-Columbia Medical Center Board of Trustees has elected Vice Chair Robb Van Cleave to serve as Board Chair succeeding, Phil Brady, who has resigned to run for public office. Brady served on the board for 7 ½ years, the last three as Board Chair“Since joining the board two years ago, Robb has shown an unwavering commitment to ensuring local residents have access to quality health care,” said Brady. “Robb possesses not only incredible leadership but also the thoughtfulness this position requires. He is the right person to take on this role at such an important time when MCMC is making bold plans for the future of health care in our community, including exploring a strategic partnership to enhance and grow access to high-quality health care right here at home.”

He has held a wide variety of executive positions with organizations including Wasco County, Columbia Gorge Community College, Oregon’s Local Government Personnel Institute and the Association of Oregon Counties and is currently employed by Klickitat County. He earned a Bachelor of Science degree from Oregon State University.

Nolan Young Joins Board as Trustee

Selected to the MCMC board is Nolan K. Young, a resident of Oregon for 38 years and of The Dalles for the past 24 years. He brings to the board four decades of experience in public administration having worked for five cities during his career: Milton-Freewater, Oregon; Clinton, Utah; Reedsport, Oregon; The Dalles, and he recently retired as the City Manager of Fairview, Oregon.

Young is currently volunteering as a Senior Advisor in Eastern Oregon for the International City Managers Association. He has a Master of Public Administration degree from Brigham Young University. Young and his wife, Geo, have three children who all graduate from The Dalles High School.

Suzanne Knapp Joins Board as Trustee 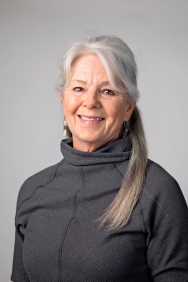 Suzanne Knapp has also been chosen to serve on the MCMC board as trustee. A resident of Maupin, Knapp recently served as Maupin City Councilor for two terms and is currently the chair of the board of directors for the White River Health District and Deschutes Rim Clinic Foundation where she is overseeing the capital campaign for and construction of a new clinic. She previously served on the board for the Mid-Columbia Economic Development District representing Wasco County Cities.

A natural-resources professional, Knapp has worked most of her career for the State of Oregon having served as a research project leader, Watershed District Manager, and a Natural Resource Policy Advisory in the Kulongoski Administration. She was the lead representative for Oregon in the Klamath River Restoration Agreement and co-lead in the state’s salmon recovery efforts. Knapp earned a master’s degree from Eastern Washington University and bachelor’s degrees from Boise State University and The College of Idaho.

“I am honored to serve as board chair during such an important time in the history of MCMC,” said Van Cleave. “Please join me in welcoming Nolan and Sue to the board. We look forward to doing great work together to ensure that local residents have access to quality health care, now and for generations to come.”

Founded in 1901, Mid-Columbia Medical Center is a nationally recognized hospital dedicated to serving residents of The Dalles and its surrounding communities. In 1992, MCMC became the first hospital in the nation to fully integrate the Planetree philosophy of patient care, which emphasizes the need to address a person’s intellectual, environmental, emotional and spiritual concerns in addition to their physical needs. As a Planetree-affiliated hospital, MCMC works to provide a caring, nurturing and educational environment; puts great efforts into humanizing and demystifying the medical experience; and strives to empower people to become active partners in their own health care. For more information visit mcmc.net. 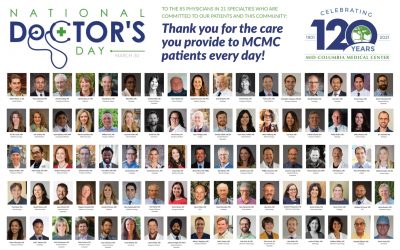 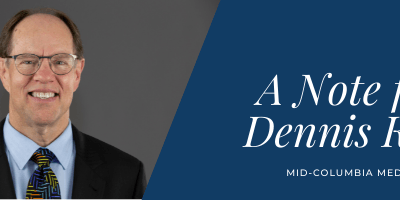 A Note from Dennis Knox